Before The Wall Fell… There Was A Picnic

The Pan-European Picnic was a peace demonstration held on the Austrian-Hungarian border near Sopron, Hungary on 19 August 1989, the day before the Hungarian holiday commemorating Stephen I of Hungary. Part of the Revolutions of 1989 leading to the lifting of the Iron Curtain and the reunification of Germany, it was organized by the Paneuropean Union and the opposition Hungarian Democratic Forum under the sponsorship of Archduke Otto von Habsburg and Imre Pozsgay.

In a symbolic gesture agreed to by both countries, a border gate on the road from Sankt Margarethen im Burgenland (Austria) to Sopronkőhida (Hungary) was to be opened for three hours. This demonstration was used by over 600 citizens of East Germany to escape from the GDR to the West. As the first successful crossing of the border it helped pave the way for the mass flight of East German citizens that led to the fall of the Berlin Wall on November 9, 1989.

News of the Day

“The Breakthrough” – The Monument to European Freedom

The picnic site is commemorated with a monument by Miklós Melocco, a bell from the city of Debrecen, a pagoda from the Association of Japanese–Hungarian Friendship and a wooden monument unveiled by the organizers in 1991.

This group of sculptured figures is a monuent to the Pan-European Picnic and to the change of regime. They show how an un-free nation achieve its freedom. There is a piece of the Berlin Wall embedded in the work; showing how the breakthrough here accelerated the re-unification of Europe, and finally led to the fall of the Berlin Wall in the divided capital of Germany.

The entire work made out of limestone for Sutto, shows a collapsing classical building, under whose facade we recognize human figures striving toward freedom. The work is 5 meters tall, with 15 figures between 1.5 and 2 meters tall moving on the steps. 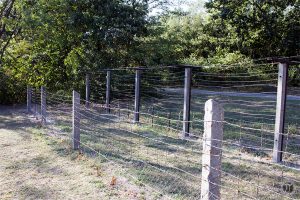 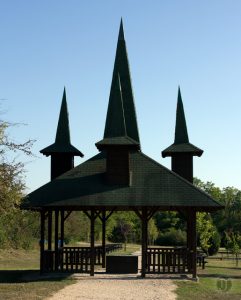 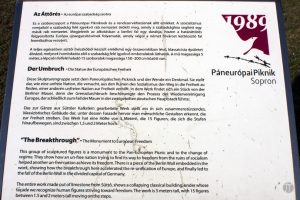 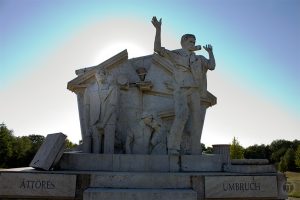 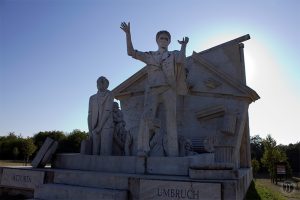 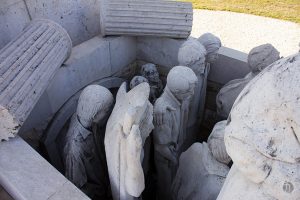 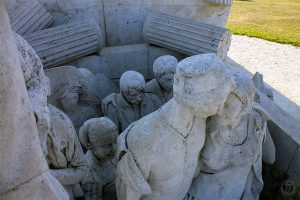 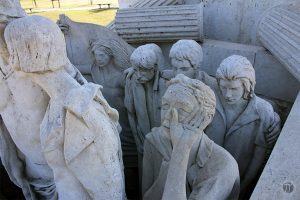 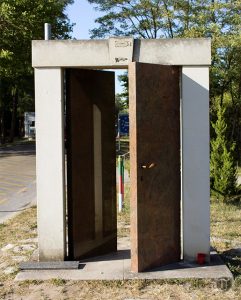 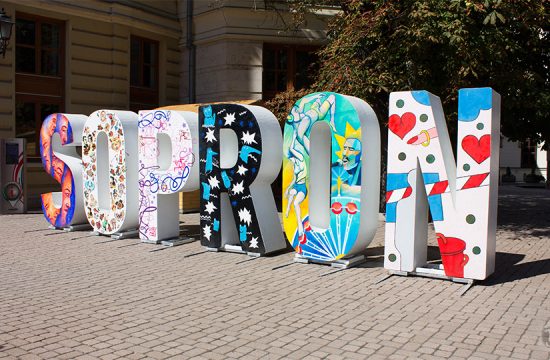